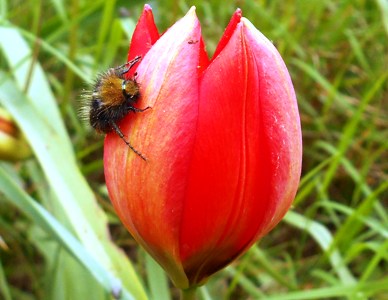 Cape Malea is an imposing rocky foreland rising high and steep from the water's edge. It still bears an evil reputation with seafarers, the ancient proverb ' Double Malea and forget your home ' (1) having a modern counterpart in the suggestive distich :
Κάβο Μαλιά, Κάβο Μαλιά
Βοήθα Χριστέ και Παναγιά ! (2)
On the south side close down by the sea is a small natural shelf on which are built two chapels, on the furthest point east that of S. George, a hundred yards west that of S. Irene. The former is a small square building with painted dome and an apse opening eastwards. It evidently formed part of a larger church, to which the present south wall with its blind arcade belonged, and the plan may be traced to the south : the original church in
fact occupied the whole of the terrace, about ten metres long, in front of the existing building ; the apse had semi-circular built seats and a throne. Immediately above are remains of a second chapel on a higher level. The only relics of antiquity are a much-worn
Ionic capital and half the stem of a basin, both in bluish marble (3) .
S. Irene is only slightly larger than S. George, consisting of three parts, square (domed) nave, apse, and a barrel-vaulted entry from the north ; west of this is a cistern and opposite, the now deserted monks‘ cells. The church contains amongst others, pictures of S. Thomas έν τω Μαλαιω (4) and of the Cypriote Panagia του Κύκκου. In neither church is there a single sailor's offering.
In the middle ages (certainly as early as 1395 (5)) and down to modern times (cf Philippson) the place was inhabited by a solitary hermit ; the cells were till quite lately occupied by monks. Western pilgrims rightly or wrongly supposed the chapel to be dedicated to S. Michael (6), whence the Italian name Capo S. Angelo, supposed by some to appear in the Voyage of Sigurd (A.D. 1111) as Engilsnaes (7).

(1) Str. 378 ; cf. Stat. Theb. ii. 33.
(2) E. Kapetanakis , Λακωνικά Περίεργα, Il. Cf. also the popular etymology of the name (quoted by Fiedler, Retseir, 339) from μαλλιά ' weil die Winde hier so wutheten, dass den Seefahrern vor Angst Haare auf der Zunge wachsen mochten.‘
(3) These may or may not be relics of the temples of Apollo Maleatas or Lithesios and I‘ an. which stood on the point (Curtius, Peloponnesus, 74).
(4) July 7. His tomb is supposed to exist on the cape, but the site is unknown.
(5) O. d’ Anglure’s Voyage p. 96.
(6) Cotovicus, p. 62 : ' Sacellum in honorem Michaelis archangeli Christiani aedificavernni quod etiamnum extat ’ (1598): von Zimbler and the Graff zu Solms (1483) also mention the chapel by name.
(7) Ed. Wright, p. 58, where this is disputed in favour of Aegospotami.


The dangers of the cape are frequently mentioned in the Itineraries of returning pilgrims, who attributed the heavy squalls so often encountered about the point to the direct agency
of S. Michael ; he was supposed to create them by the movement of his wings (1). A modern folk-tale assigns them to a legion of evil spirits confined there by a magician (2). So serious could such squalls be for sailing-craft that westward bound pilgrim-ships were frequently forced to put back to Melos and there await a fair wind (3), and when the dangerous cape was safely doubled the event was celebrated with music and general thanksgiving ' musten die Ffeiffer und die Drommeten unnd Posaunen schallen, all durch
ein ander, mit grossen Jubel unnd die Jungfraw Maria lobende, dass wir durch dass Loch so frey gekommen waren.‘ (4)
On the top of the promontory still exist the ruins of the Venetian coast-guard station called Guardia di Cavo Malio (5).
From the monasteries of Malea to Velanidia is reckoned three hours : there is water at H. Myros, a ruined church above the bay of S. George. Velanidia, which possesses a tiny port and a fleet of fifteen sea-going caiques besides as many fishing boats, is probably the site of Side, though I could hear of no antiquities.
Kastania (three hours N.) has no communication with the sea.
Houssianika (6) (two hours) is a hamlet of six or seven houses in a rocky valley opening on the harbour and island of H. Phokas : it is inhabited by descendants of Turks converted to Christianity at the time of the revolution. They speak Greek and are very devout. The Monemvasiote Turks are said by Papamichalopoulos (7) to have been much attached to
their country and to have lived on the best of terms with the local Greeks even throuh the siege. I was told that there are fifteen or sixteen families of Turkish origin in the deme of Boeae ( 8 ).
A short hour from Houssianika is Voutama the country-house of M. A. Apostolides to whose genial hospitality we have been more than once indebted. Here the post-road from Neapoh's to Monemvasia (9) comes down to the shore. On the estate beside the revma is a short stretch of ' Pelasgian ' wall, generally two courses in height, possibly built for a
road terrace. Finds of coins and potsherds show that this beautiful site was not uninhabited in ancient times.

(1) Graff zu Solms (in Feyerabend, p. 208) : 'Die Leut umb diesen Berg wenen (? meinen) dass so
S. Michael sein Flugel in diesen Ecke erschwinge, so werden die Winde beweget und damit die
Schiffe vertrieben.'
(2) Τα τρία Φουσσάτα, in Politis’ Παραδόσεις, 559.
(3) E.g. Von Zimber {Feyerabend, p. 339) look thirteen days, the Graff zu Sohns eleven ; the latter says that the period was sometimes as much as three or four months ; ef. Chroniques de Jean d’ Auton, p. 197. Melos was chosen on account of its good harbour and the bad reputation of theMonemvasiotes.
(4) Craff zu Solms, 209.
(5) Sathas, Mon. Hist. Hell. vi. 254. The post dates from 1527 {ibid. iv. 231), but had been, used earlier by the Byzantines ; telegraphing was done by beacon-fires.
(6) From the 'eponymous founder' Houssein.
(7) Πολιορκία, p. 91.
( 8 ) The extremely rare phenomenon of Turks turning Christian was paralleled at the surrender of Athens in 1687, when 300 Turks were voluntarily baptised (Ryeaut, iii. 272; cf. ibid. 270 (Castel Tornese)).
(9) From Neapolis to Voutama is reckoned 2,5-3 hours ; the last three-quarters (after leaving the plain) are over very rough hills. From Voutama to Monemvasia {3,5 hours) the road follows the shore, but only the last hour is as yet practicable for wheeled traffic.

Off the coast, about a mile north of Voutama ruins including numerous columns can be discerned in calm weather under the sea (1). We have already noticed at Elaphonisos and Plitra the fall in the coast-line, which has occurred since ancient times. Ruins beneath the sea are also reported by Philippson in the Bay of S. Elias, west of Malea (2). It is at least possible that this is the site of Epidelium, a village (χωρίον) with a sanctuary of Apollo which possessed a wooden idol brought by the sea from Delos after the sack of the island by Mithradates. Of the position of Epidelium we know that it was (a) 100 stades coastwise from Malea and 200 from Epidaurus(b) on the sea (c) at the limit of the territory of Βoeae. The figures are impossible, implying as we have seen that nineteen nautical miles are equivalent to 300 stades. The site proposed by Leake and Boblaye, C. Kamili, corresponds in so far that it marks a point one-third of the whole distance from Malea to Epidaurus. But its
position is most remote on the land side, nor is it frequented as a harbour : the ruins reported to Boblaye are nothing more than remains of a small church. Surely, too, Pausanias or still more one of the peripli would have denominated the place άκρα, had the sanctuary been on so striking a promontory. For the submerged site near Voutama there is further to be weighed the fact that the coast hereabouts is regularly searched for wreckage brought up, it may be, by the same current which brought the Apollo from Delos.

The site of the temple of Artemis Limnatis on the road from Boeae to Epidaurus may be placed near the modern church of H. Thekla, an hour and a half from Voutama, north of which is a district still called Λίμνες. The owner of the land, M. Stellakis, has made excavations between the church and the shore which have hitherto resulted only in the discovery of Byzantine graves and architectural detail. Above the road at this point is
the well-watered and wooded valley called Περιβόλια (by the Venetians Ι Giardini) with a picturesque Venetian villa and church of S. Stephen. In this neighbourhood many Monemvasiote families have their country seats. The church of S. George at the bridge, being the only one of the name at Monemvasia is presumably the healing shrine mentioned by a Guilletiere (3), but its vogue seems to have declined, perhaps with the rise of the Panagia Chrysaphitissa (4) in the town itself.

(1) I have this on the authority of M. Apostolides, who has sent a detailed account to M. Ph. Negris, a specialist in such phenomena.
(2) P. 176; for the west side of the Laconian Gulf cf B.S.A. xiii. 225.
(3) P. 584 : ' In n’y en a point aujourdhuy de plus celebre dans la Moree pour les miracles qui s'y font par l’ entremise du Saint ‘ ; but the church alluded to is called the cathedral.
(4) The story of the ' flitting' of the picture from Chryspha near Sparta, and of the healing near Sjiarta, and of the healing of the abbess, are given by Papamichalopoulos (p. 95) from a .MS. of 1600. The church is still considered θαυματουργός.